The Last Poem He Wrote

The last poem that appeared on Syrian poet Derar Soltan’s Facebook page came on March 22, 2014. He wrote three more posts after that, the last on April 14. But his whereabouts are since unknown. The poem, which speaks grimly to the three years of Syrian revolution, slaughter, and civil conflict, nonetheless ends with a fierce embrace of life.

Three years have passed, and you have to be ecstatic whenever you live to see another day. Whenever you tear off impatiently another page from the calendar, and then begin to contemplate the new wrinkles in your face and check the expiration date of your heart that resembles a cemetery for rent, you have to smile and be extremely courteous and handsome so that the shot will be suitable for the coming story of your death, because our reputation is at stake, and the world will not feature our recurrent, boring death on its screens. Three years and the daylight still attacks you like a rabid dog whenever it sniffs the smell of your fear and despair, oozing from the pores of your pale face, drooping like lowered flags at the gates of a plague-stricken city.

Three years have been enough for all of us to die in a million ways, each his own desirable death. A death that we cross over and read reluctantly like an official gazette. A death that shadows us and sleeps with us in our beds like a frigid whore who couldn’t care less about all your fires and is only concerned with keeping time. A death that we chew and chop just as we chop our laughs into small pieces and crumbs the size of our dreams and wishes which we darn all night long. Three years have been enough to feel on our faces all the slaps and shoes of the world, but have not been enough for us, we the dead under the ruins, the hunger and the siege, in displacement and exile, to learn to talk to each other without brandishing knives and whooping like fire-worshipping tribes that view death as no more than a bad practical joke.

After three years, and despite all the bitterness and pain, we are still waiting to raise a glass to you, beautiful revolution, even with what’s left of our capacity for joy. 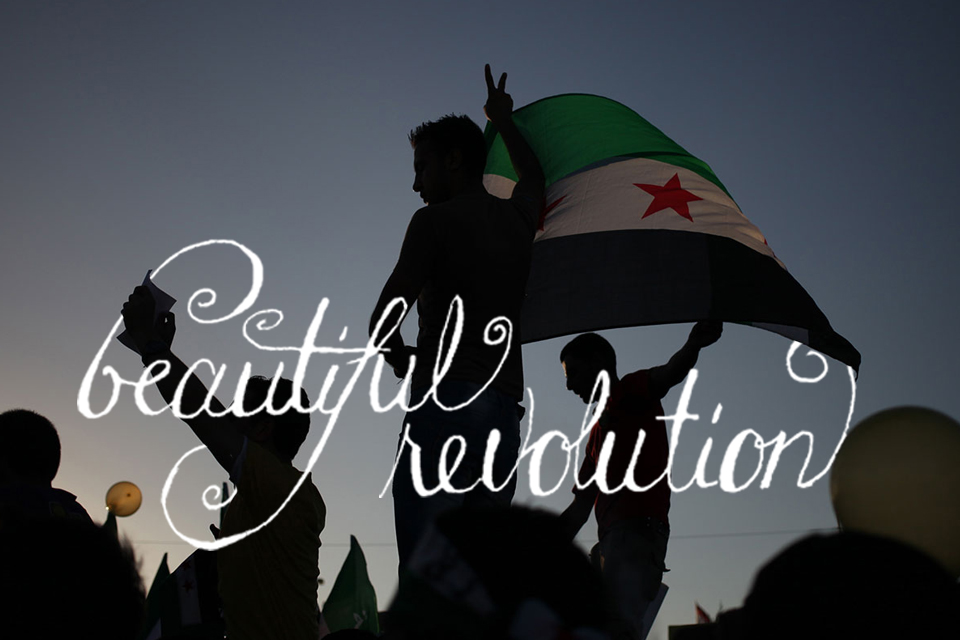