Last night little Omran was rescued from a Russian airstrike. The picture of him in an ambulance has been shared millions of time and is on front pages around the world. This is the account from the photographer who took the picture.

I live just 300 metres from the attack. Just after 7PM, following the evening prayers, we heard the explosions. I rushed there with three other media activists.

The first thing I saw was three bodies on the ground being carried into an ambulance. Those were the neighbours of Omran’s family. The building was totally destroyed – all six floors were now rubble.

Then I looked up to see another building half destroyed – Omran’s house. The White Helmet rescue workers climbed the stairs of a building nearby as the stairs at Omran’s house were destroyed. I joined in to help.

The first survivor they picked up was Omran and I took my camera and started filming. I found out later that he is just four years old.

It was too dark for good footage but I continued to film and followed him. The White Helmet carried the boy to the ambulance and laid him on the chair. I kept filming. It was then that I realized how traumatized the boy was and I changed the camera from filming to take a still picture. The tears started to drop as I took the photo. It is not the first time I’ve cried. I have cried many times while filming traumatized children. I always cry. We war photographers always cry. Last night everyone cried. Omran affected me because he was silent. He didn’t cry. He didn’t say a word. He was shocked. 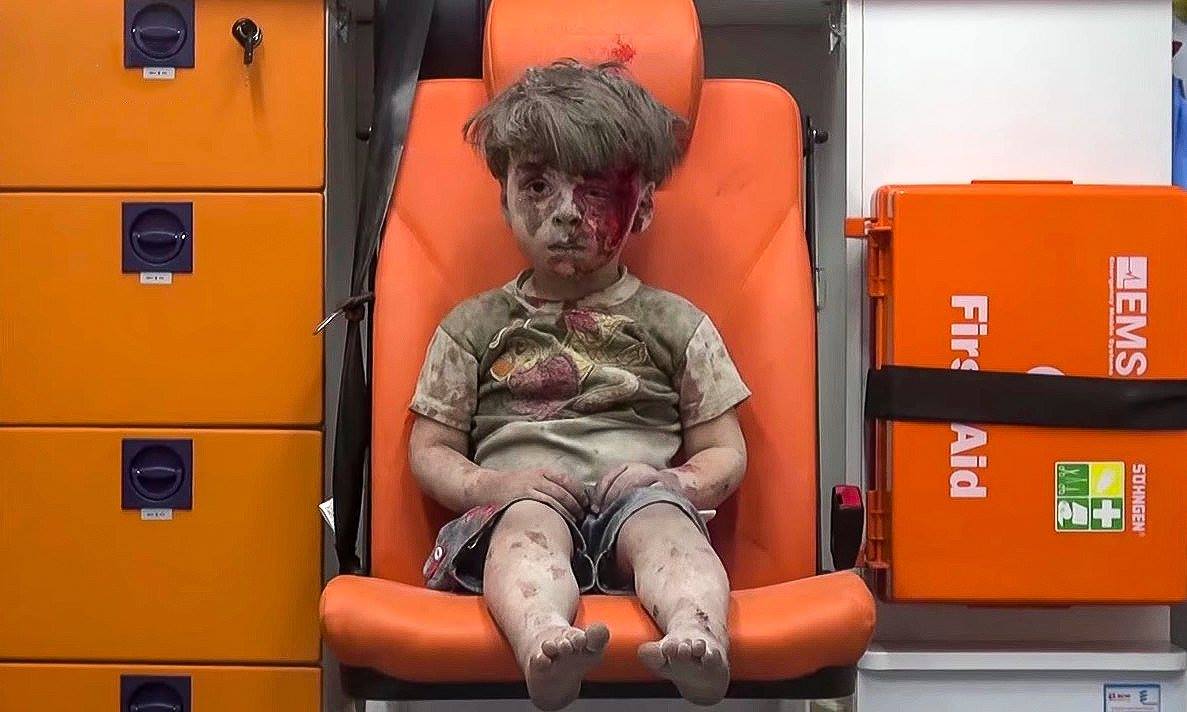 I thought of my 7 day old baby girl. I thought to myself it could be her. It could be any child in Aleppo or Syria.

The White Helmets team continued to rescue the family members. Omar’s eldest sister who is 11 looked at me and said please don’t film. I turned off my camera and told her, “sure my darling, I will not”.

Thank God all Omran’s family are safe. His mother had some bad injuries on her legs. His father suffered a minor head injury. His 7 year old sister went through a surgical operation this afternoon and she is doing well.

Today when I woke up to see the whole world using the photo and talking about it I thought to myself, I hope all photos of children and attacks in Syria go viral so the world knows what life is like here.

If people know what it is like maybe the war will stop, the bombing will stop. Maybe Omran and my daughter Amal can live normally like all children in the world.